Jennifer had tried everything to get rid of her psoriasis. She made major changes tp her diet and lifestyle with only modest improvements in the red, scaly patches on her hands and elbows. A 45 year old woman with 2 school-aged children, she always wore long-sleeved shirts, even in the summer. Powerful prescriptions medications did help, but only temporarily. She stopped taking these medications due to their side effects. Three months after using CPAP for her moderately severe obstructive sleep apnea, she was ecstatic to let me know that her psoriasis was finally gone. Even her joint pains were mostly gone.

Autoimmune disease is a condition when the body attacks its own tissues mistakenly, unlike a reaction to viruses, bacteria or toxins. As a result, inflammation occurs. This can happen in any part of the body.  Symptoms are too numerous to list, but can can range from fatigue and lack of energy to rashes, to poor digestion, or memory loss. Various autoimmune conditions include psoriasis, rheumatoid arthritis, lupus, celiac disease, thyroiditis, multiple sclerosis, inflammatory bowel disease, and even Ménière’s disease.

The most commonly blamed reasons for autoimmune disease are genetics, toxins, certain foods, and infections. I distinctly remember learning about autoimmune diseases during medical school, and even now, the explanations by doctors for the causes and treatment for autoimmune conditions are not very satisfying. Back then, in the early 1990s, autoimmunity was relatively rare, but now it’s more common than not.

If you look up information about this on your typical medical website, you’ll see that there’s no specific pattern, explanation, diagnostic test or standard way of treatment. It’s all over the place. Notice that nowhere in the treatment section does it mention removal of potentially offending food, toxins, or irritants, but only lists various medications.

In our textbooks, the most common reason for autoimmune disease is stated to be from your genes. There are a myriad of genetic predispositions to various conditions, such as genes for Sjogren’s disease or HLA-DRB1 for Meniere’s disease. But notice that for most studies that link certain genes to classic autoimmune conditions, there’s a wide range of different genes, with no one certain gene. Since emphasis is placed more on your genes (rather than your environment), medical and biochemical treatment tends to be favored over environmental modifications.  If most autoimmune conditions are due to our genes, then why was autoimmunity so rare even 50 years ago? This observation supports the suspicion that what’s in our environment may be a better explanation. Epigenetics is a concept that supports this idea, that your environment can modify how your …

We’re excited to welcome Dr. Marie Dibra to the Sleep Dallas team! Newly arrived to Texas, Dr. Dibra joins our team from Florida where she was a clinical professor with the division of pulmonary, critical care, and sleep medicine at the University of Florida in Gainsville.

Board-certified in sleep medicine, Dr. Dibra specializes in the diagnosis, treatment, and management of sleep disorders such as obstructive sleep apnea, narcolepsy, insomnia, restless leg syndrome, and shift work disorder, among others. In addition to her focus in sleep medicine, Dr. Dibra is also a board-certified internist with a background in nutrition. Her unique professional background and experience allow her to take a comprehensive and compassionate approach to addressing our patients’ sleep issues and their underlying contributors.

When not in the office, Dr. Dibra enjoys playing tennis, traveling, and spending time with her husband and two young sons.

We’re so excited to have Dr. Dibra on board as we work to help patients restore their sleep, health, and overall quality of life!

“Am I a TYPICAL person with narcolepsy?”

The majority of people living with narcolepsy are undiagnosed. Up to 75% of “us” are currently either undiagnosed or misdiagnosed with other conditions. 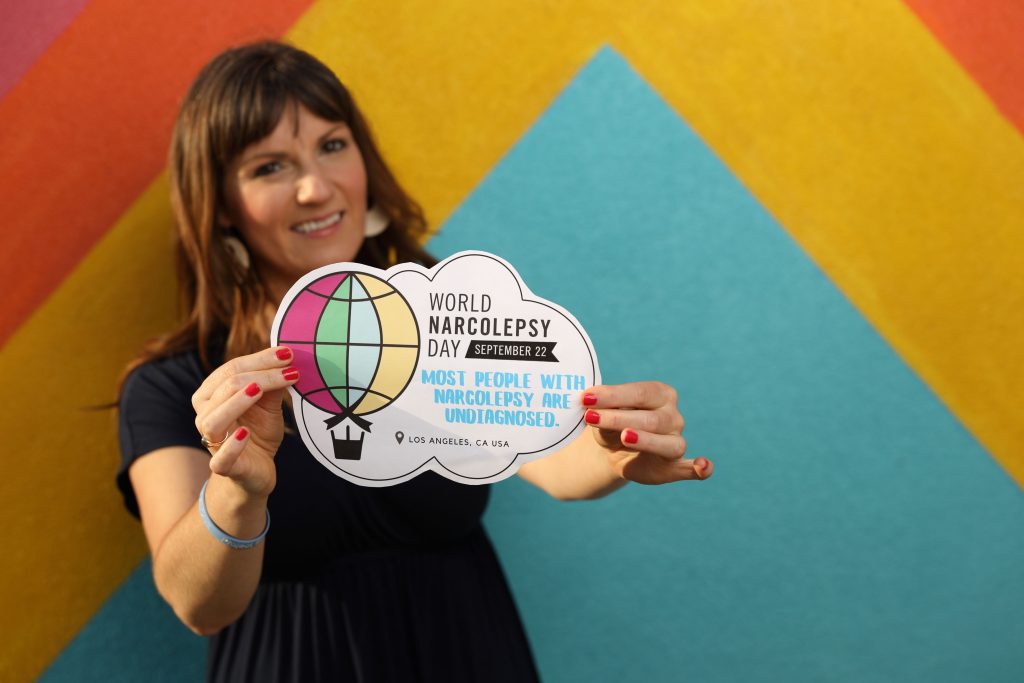 So the most TYPICAL person with narcolepsy is walking around unaware of the true nature of their symptoms, questioning their strength, thinking they aren’t cut out for their education or career. “If only I got MORE sleep, was LESS stressed, exercised MORE, ate LESS, surely I wouldn’t be so tired…”

Or maybe the TYPICAL person w/ narcolepsy has realized something is wrong & brought this to a healthcare provider. Maybe they were told their sleepiness isn’t unusual for [insert any age group or life stage, it doesn’t matter, we’ve heard it all].

Or maybe their medical provider took their concerns seriously (yoohoo!) BUT only studied sleepfor less than 2 hours in their medical education (bummer), so sleep disorders are not top of mind, and certainly not narcolepsy, that’s so rare (oh fudge!).

Perhaps the doctor thinks of thyroid issues or depression! Or if muscle jerking/collapsing is mentioned, epilepsy. Or if hearing voices, schizophrenia. Maybe the most TYPICAL person is down one of those paths right now, taking meds that make their symptoms worse (double whammy).

Therefore, I am in the minority who got lucky, got a sleep study, diagnosis & access to treatments in a somewhat timely fashion. For me, this was 6 years.

We say: “Average delays from symptom onset to diagnosis are 8 to 15 years.”

But that’s misleading, when you think about it, capturing the experiences of only those who get a diagnosis at all. I’m no mathematician, but shouldn’t this be: “from 8 years to a lifetime” to capture 100% of people with narcolepsy’s experiences?

So, no, I am NOT typical, which is exactly WHY I am raising my voice for World Narcolepsy Day. Because I know what it feels like to fight an invisible heaviness thinking it was within my power to control.

Thinking back to those years brings tears to my eyes, even now. I wish I could reach out to younger self in Brown University’s Rock library and say, “Julie, this isn’t normal & won’t go away, go see a sleep doctor now.”

Am I a TYPICAL person*diagnosed* with narcolepsy? I’ll answer that soon.

Please join me as I welcome James Nestor, author of the New York Times, Wall Street Journal,  and LA Times best-selling book, Breath: The New Science of a Lost Art.

He will reveal the following:

My Comments on CNN

Here’s a great article on CNN, with an interview with James Nestor, author of the New York Times best-seller, Breath: The New Science of a Lost Art.