In this episode, Kathy and I are going to be talking about another controversial topic that many of you have probably had some experience with at one time or another…and that’s the issue of sleeping pills and OTC sleep aids. In particular, we will be discussing:

Increase in visits to the ER due to Ambien

Podcast: How to sleep better without medications

Podcast: How medications are harming you

Risk of complications for sleeping pills

Sleeping pills and risk of dying and cancer

Zolpidem and risk of Parkinson’s

Insomnia as a harbinger of mental illness

Insomnia and increased risk of dementia

Dreams about choking while sleeping

Podcast 65: How to sleep better without medications

The Snoring Mouthpiece Review, which is based in Long Beach, California, has recently published a blog post that offers a simple way to get a good night’s sleep. The article is titled, “A Simple Way To A Good Night’s Sleep.” It explores the various ways of preventing snoring in order to allow a person to sleep tight at night. 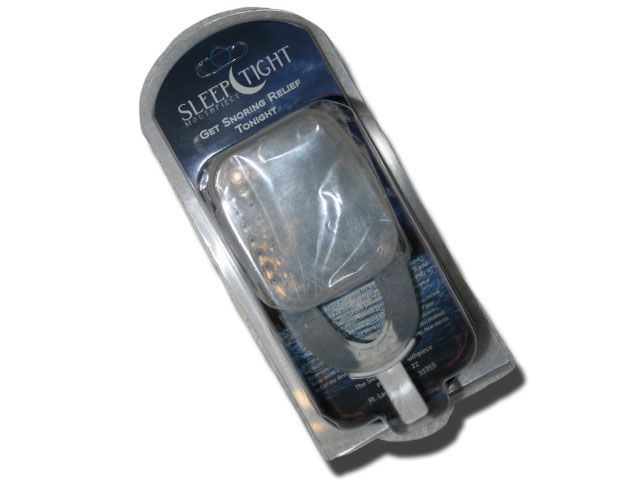 Sleep apnea is a disorder where the breathing of the affected person stops and starts several times during sleep. It causes momentary oxygen deprivation during those times when the person stops breathing and this particular disorder has been linked to stroke, heart disease, diabetes, high blood pressure, and even depression. It has even been found to be the cause of 38,000 deaths every year.

There are many ways to prevent sleep apnea. One possible solution is the Continuous Positive Airway Pressure (CPAP) machine. However, the CPAP machine may not be a convenient solution because the person has to wear a mask that will cover the whole face. It is not exactly a comfortable thing to wear while sleeping. That is why people are looking for some other alternative, such as an oral appliance or mouthpiece that fits the mouth comfortably while being effective in preventing snoring and sleep apnea.

One example of a good mouthpiece is the SleepTight. This is a wire-free mouthpiece that was developed by a dentist. Its advantage over the CPAP machine is that it is comfortable to wear and it is less expensive. It is made of thermoplastic and the person who will wear it will just need to put it in boiling water for three minutes. Doing that will soften up the mouthpiece and the wearer can then bite on it to provide a custom impression of the person’s teeth. This custom fit can be retained by simply submerging the mouthpiece in cold …

You’ll do anything to stop snoring. Who wouldn’t? If you’re losing sleep with your partner’s snoring or vice versa, the two of you would really have to do something about it. If not, both of you are going to go nuts. Unless you’re Iron Man who can function pretty well without sleep, then you’re okay. But then, Iron Man is dead. In retrospect, he probably needed his sleep as well.

Snoring is one of the common reasons why people can’t sleep. It gets in the way for both the snorer and the non snorer.

Snoring is a buzz kill, a sleep robber and maybe an indicator of serious health issues, including the obstructive sleep apnea that can lead to heart disease.

Some 90 million American adults snore, according to sleepfoundation.org, and many could find relief with general health solutions.

The Mayo Clinic recommends getting 7-8 hours of sleep a night if you snore, for example, or losing weight since overweight people can have extra throat tissues that contribute to snoring.

It is definitely a good idea to get 7-8 hours of sleep every single day. What if the person beside you is the snorer and you can’t even get an hour of sleep?

It wouldn’t hurt to lose some weight to see if it can help stop the snoring but what if it can’t? Well, you can always try these zany ways to stop snoring.

One zany way to stop snoring is to use a tennis ball.

Lying on your back when you sleep puts greater pressure on your throat, so shifting to your side may work to quiet loud snoring, Dr. M. Safwan Badr, president of the American Academy of Sleep Medicine, told Huffington Post. To improve your odds of actually staying asleep on your side, sew a tennis ball into the front pocket of an old t-shirt, then wear the shirt backwards to bed. This should make it super uncomfortable to lie on your back once you drift off. Once you’ve adjusted to the new sleep position (and stopped snoring), you can ditch the uncomfy shirt.

That’s just one zany way to stop snoring.  You can also try sleeping with a longer pillow.

According to Reader’s Digest, a full-length body pillow can help you adjust to sleeping on your side.

Sounds a little odd, and you may not want an audience, but strengthening your tongue

In the 2006 cult classic movie Idiocracy, the main character Joe Bauers takes part in a secret military hibernation experiment, but wakes up 500 years later into a dystopian world where commercialism and anti-intellectualism have run rampant, with IQ rates that have plummeted. He is found to be the smartest person in the world and is appointed to become the President.

Whenever I see studies linking fluoride ingestion with lowered IQ rates, this movie comes to mind. Why an I concerned?

Adding fluoride to our nation’s water supply has been touted as a major public health success story, resulting in significantly lowered rates of cavities (~25%). However, ever since the inception of the program in 1945, there have been strong opinions for and against it. I’ve always had mixed feelings about fluoride, but over the years, a handful of studies linking fluoride levels to lowered IQ levels led me into a rabbit hole of confusing, often conflicting studies. What I explain in this article is my reason for coming to the conclusion that ultimately, we’re better off without fluoride in our water supply.

There have been a myriad of studies over many decades associating fluoride with various health conditions, including flourosis,  cancer, bone fractures, hypothyroidism, acne, earlier puberty in girls, pineal gland calcification, and lowered intelligence. Numerous arguments are made countering the above associations as well.

A 2012 systematic review and meta-analysis of 27 studies over 22 years from Harvard combined all the highest quality studies on fluoride exposure and IQ, showing that children living in areas with higher fluoride exposure had significantly lower IQ scores (about 7 points). Needless to say, this study attracted a lot of headlines and media coverage.

In 2017, researchers from the the United States, Canada and Mexico found that children had a 6 point drop in IQ score with each 1 mg/L increase in maternal urine fluoride levels.

Just last month in JAMA Pediatrics, researchers from York University in Toronto published results showing that in mothers living in areas of fluoride water during pregnancy (compared to non-fluoridated water) had children with lower IQ rates. They measured the mother’s urine fluoride levels as well as estimated fluoride intake levels based on dietary factors and local water supply fluoride concentrations. They found that for every 1 ml/L increase in maternal urine fluoride levels, IQ levels dropped by 4.5 points, but in boys only. When maternal fluoride intake was measured, IQ diminished by 3.7 points in both boys and girls.

This study went against the grain amongst the medical …

Is sharing a bed with a partner good for sleep? On one level partners can be noisy, move around and be the cause of sleep disruption. But on the other hand, they can provide a sense of security and closeness. This month we discuss the pros and cons of sharing a bed.

Next episode: Sleep and Cannabinoids

Dr David Cunnington is a sleep physician and director of Melbourne Sleep Disorders Centre, and co-founder and contributor to SleepHub. David trained in sleep medicine both in Australia and in the United States, at Harvard Medical School, and is certified as both an International Sleep Medicine Specialist and International Behavioural Sleep Medicine Specialist. David’s clinical practice covers all areas of sleep medicine and he is actively involved in training health professionals in sleep. David is a regular media commentator on sleep, both in traditional media …

Snoring affects your health. It affects it in a very bad way. There’s nothing good about snoring. For starters, you’re going to have a lot of cranky days ahead if your partner is a snorer. There’s just no way you’re going to get any sleep.

Snoring may be one of the most annoying things to hear at night. It can be your father, brother, sister a friend during a night out or you yourself. But aside from the noise, there is another reason to try to avoid snoring.

There’s more to snoring than just the noise that irritates everybody. If you or your partner snores or you know someone who is plagued with this nocturnal problem, it’s time to take action. Snoring can speed up the aging process.

A new study, published in the journal Sleep, shows that sleep-disordered breathing, such as obstructive sleep apnea, could speed up aging. Snoring is among the common warning signs of this health problem.

Sleep-disordered breathing occurs as abnormalities of respiration during sleep due to less blood oxygen saturation and brief arousals. In the U.S., nearly 30 million adults are estimated to have obstructive sleep apnea.

The study shows that sleep-disordered breathing could make a person’s body 215 days older than its proper age. Sleep disruption was also associated to 321 days of age acceleration. 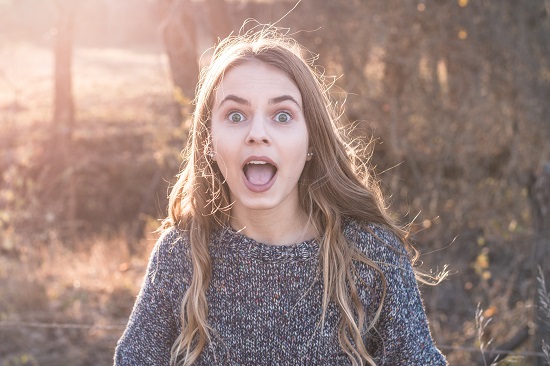 That means you’re going to be about 7 months older than your actual age. Sure, there is no easy way to slow down the aging process but moving forward 7 months your actual age is very, very fast. That’s just for sleep-disordered breathing.

If you find that hard to believe, take a look at below what a doctor has to say about it.

“People’s biological age might not be the same as their chronological age,” Xiaoyu Li, lead author of the study and a postdoctoral research fellow at Brigham and Women’s Hospital and the Harvard T.H. Chan School of Public Health in Boston, said in a statement. “Our data provide biological evidence supporting adverse physiological and health effects of untreated sleep-disordered breathing.”

Here are the highlights of the study.

For the study, the researchers analyzed the health of 622 adults. The team checked the